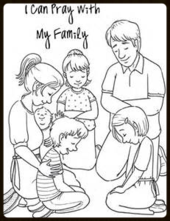 humanity' which is much needed today." He called upon the Synod

The National Board of the Catholic Daughters of the Americas reflected on the words of Pope Francis and added the Family spoke of the Circle of Love in 2015. Goals for the Family spoke are: Supporting the role and dignity of the family and discerning ways the Church and society can renew a commitment to the family founded upon the marriage between a man and a woman.